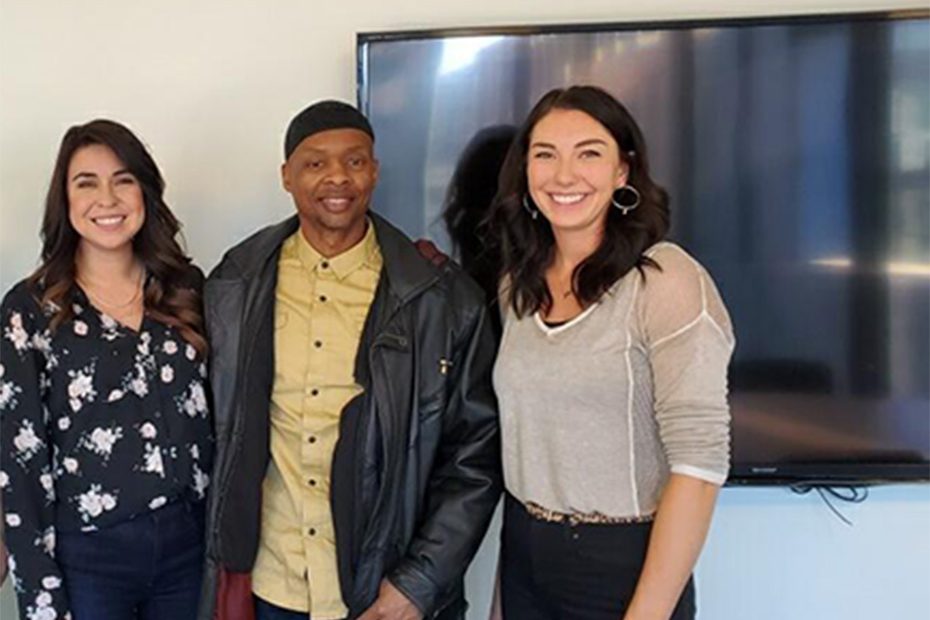 EXCLUSIVE: Breakthrough Alum Abe Arrington Tells Us About His Commutation from Governor Polis

Sentenced to life imprisonment in 1993, Abron “Abe” Arrington had been locked up since 1989. Learn how this Breakthrough alumnus and patent owner of a flood mitigation system received a second chance from Colorado Governor Jared Polis.

The year was 1989. George Bush (the elder) was the President. The Soviet Union was crumbling, and the Berlin Wall came down. Following service in the United States Air Force, Abe Arrington was pursuing his license to become a certified aircraft mechanic when he got into “serious trouble” when he went home to visit his family one weekend. Abe was mistakenly identified as one of the three perpetrators in a felony murder.

The state successfully argued, without physical evidence connecting Abe to the crime scene or the stolen items, that he was present where the homicide occurred and participated in the underlying robbery. Abe unfortunately received a harsher sentence — life in prison for first-degree murder — than the three individuals involved, each of whom is now free.

Roberta Harris, Abe’s mother, said at the time, “Not to have Abron in our lives, how would I describe it? It’s emptiness — like a piece of your life is missing. When they sentenced my son, they took his life away.”

A Second Chance from Governor Polis

A graduate of Breakthrough‘s first cohort, Abe took a unique approach to incarceration, taking advantage of opportunities to advance his own learning and devoting himself to the pursuit of his interests in physics and engineering.

“The thing that strikes me most in my memory of Abron is just his intellectual capacity and his quest for knowledge,” said Hassan Latif, executive director, Second Chance Center. “He was always reading, trying to get other people to read.”

While in prison, Abe patented a flood mitigation system and won first prize in a Breakthrough competition for his business plan. Through the support of his friends and family, Abe is now enjoying life on the outside.

“It feels great! Everything is new.” Abe said. “My brother gave me a cell phone. When I got locked up, a cell phone was the size of suitcase. Now, I have one that fits in palm of hand and has more power than a dozen computers in ’89. I’m enjoying it a lot. Having the time of my life.”

Elected as Colorado’s 43rd governor in January 2019, Jared Polis granted executive clemency to Abe on December 20, 2019. The clemency order made Abe immediately eligible for parole and required the parole board to release him no later than March 1, 2020. In the governor’s commutation letter, he noted his decision was based “solely on the circumstances of (the) case and, most importantly, the person (Abe) is today.”

Abe first learned of Breakthrough through his case manager, who recognized Abe’s passionate, enterprising mindset. But he wasn’t sure at first—he was too busy!

“I wasn’t going to go. I was busy, always studying. I just started teaching myself emergency medicine and got a new book on that, which I was really looking forward to reading. But I went into the kickoff for Breakthrough, they introduced themselves to us, and I was inspired by the energy of the volunteers coming in, the mentors who could help us with our business ideation, planning and most important for me, networking.”

“I didn’t want to start a geoengineering company when I was younger, but I did want to go to college, possibly work for NASA. Now, coming out after so many years, my dreams and goals changed. I became aware of new problems in the environment, and wanted to do something about it. Now, I have the opportunity to do that, and Breakthrough helped me in a lot of ways.”

With Breakthrough’s assistance and through the connections the program’s volunteers helped to foster, Abe is now working to bring his innovative ideas to market and provide meaningful solutions to deal with the effects of climate change.

His company, Imhotec Geoengineering is concentrated on helping mitigate the effects of extreme weather, rising sea levels and other climate change impacts. The first product is a flood mitigation system, which received a patent in 2017, to replace sand bags. Abe is currently collaborating with Breakthrough to get plugged in with manufacturers, develop a prototype and line up field tests.

Through Breakthrough’s prison-based entrepreneurial program and ongoing support, the organization truly helps to transform the lives of people with criminal histories as well as currently and formerly incarcerated individuals like Abe. With Breakthrough’s help and the support of his family and friends, Abe’s flood mitigation system aims to transform the way the world deals with a changing climate.